A Brotherly Bond Between Native American and Irish Communities 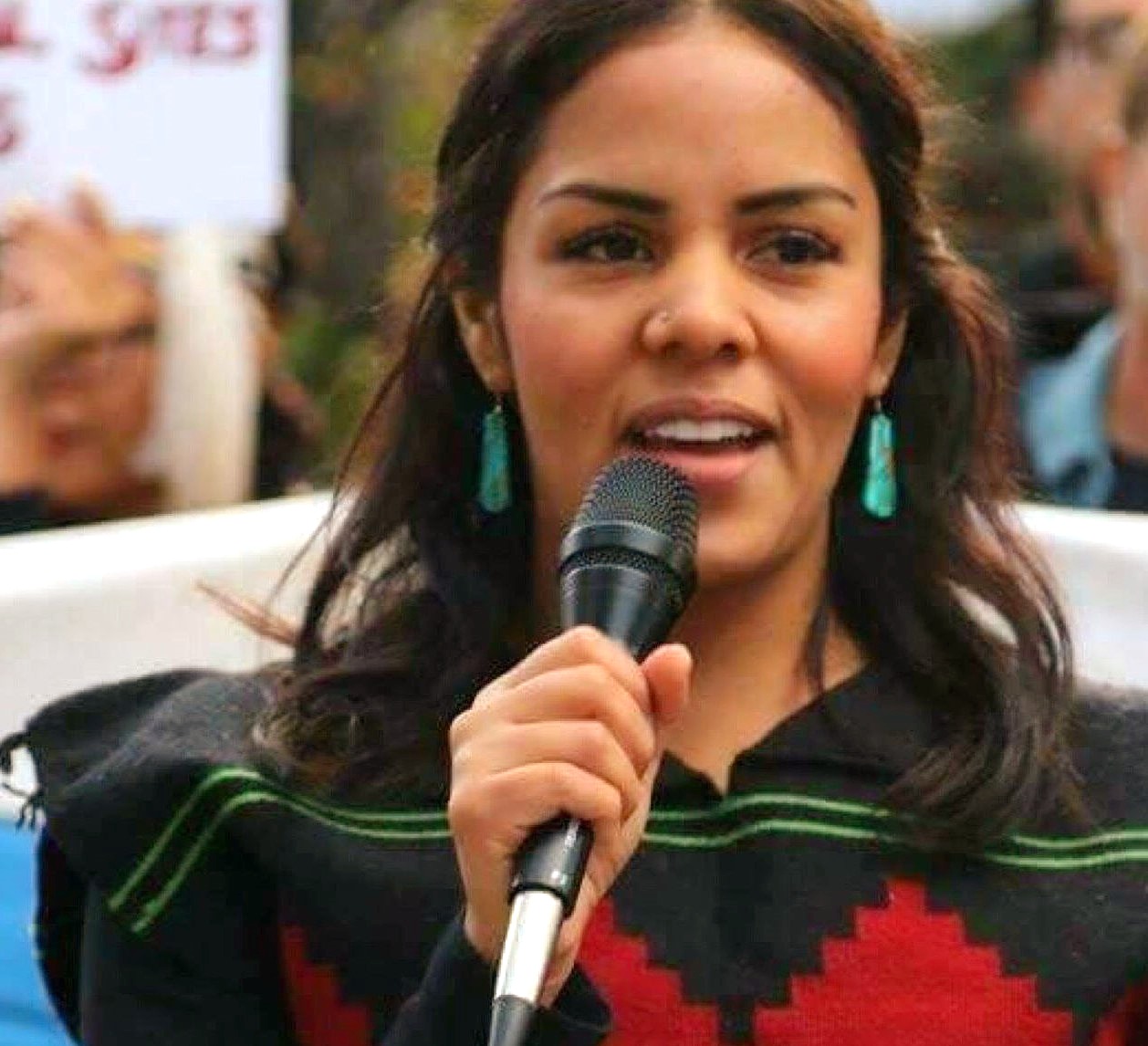 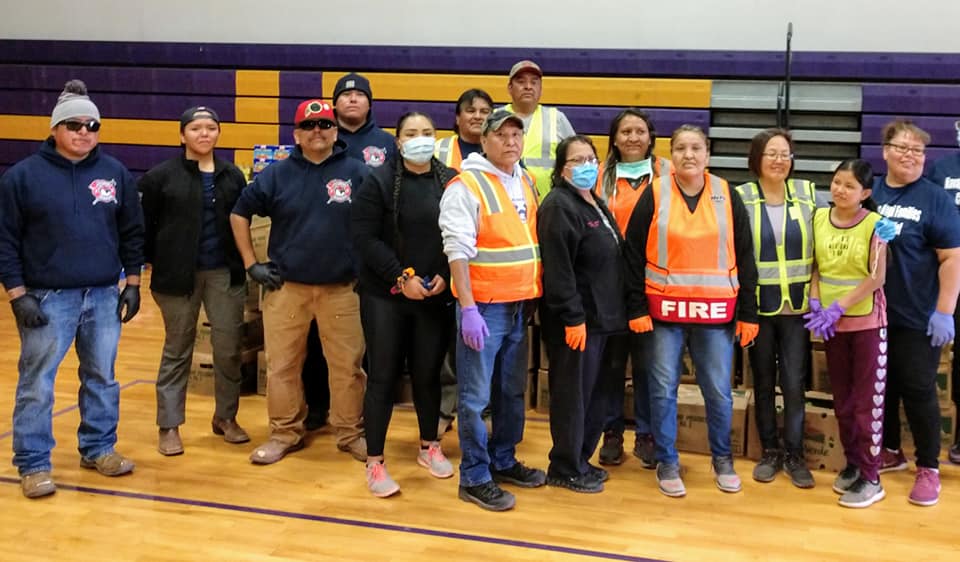 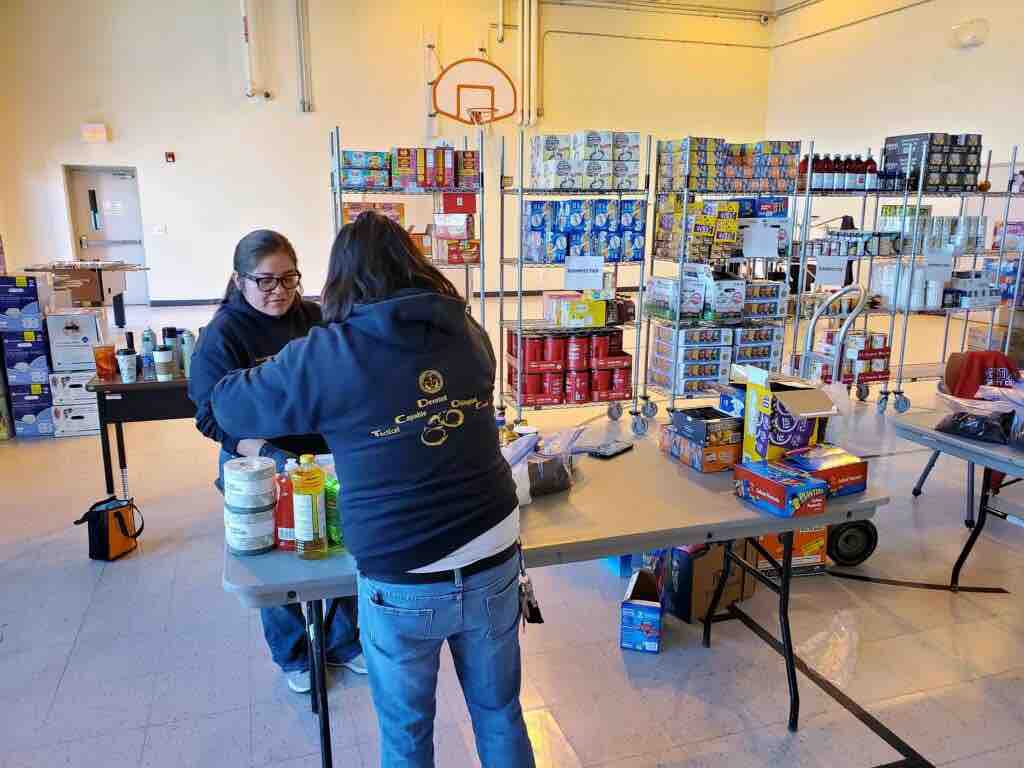 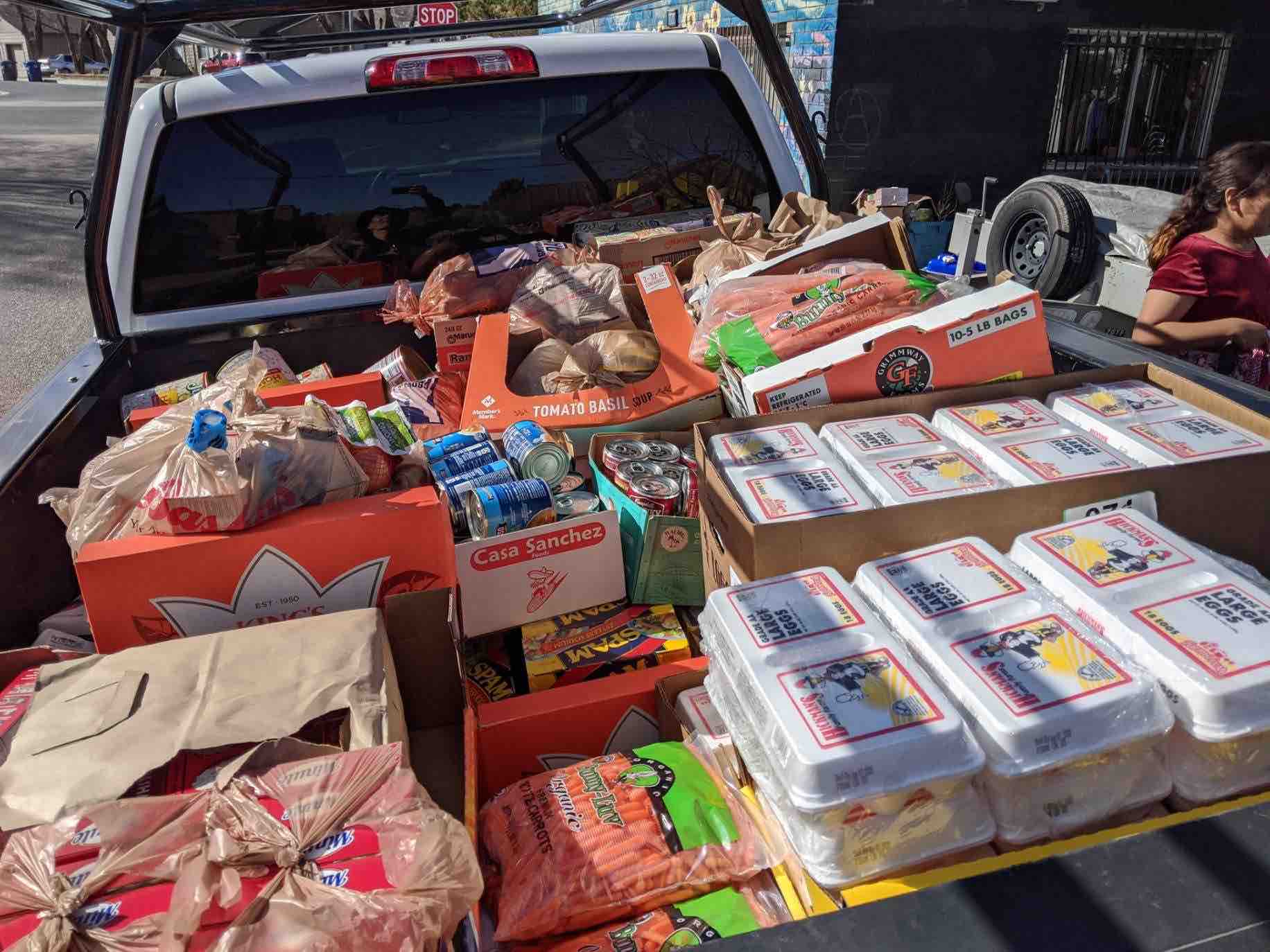 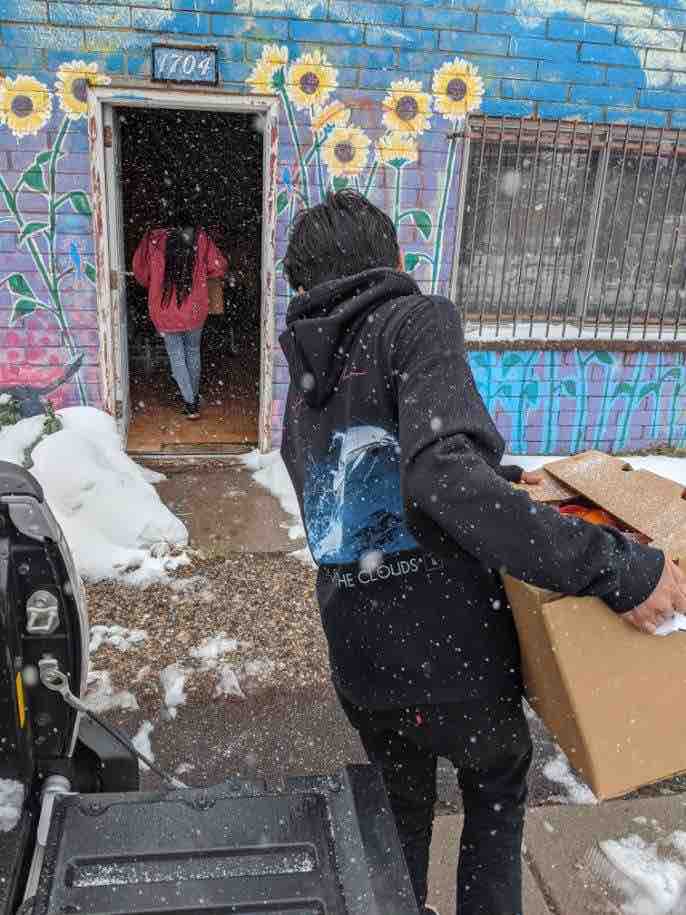 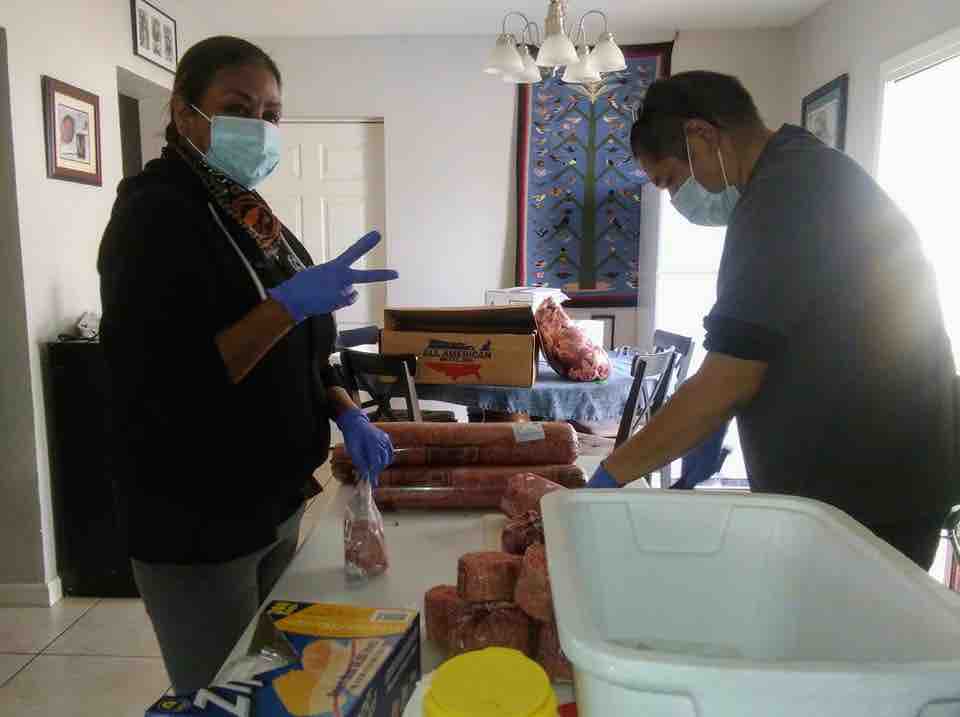 Dating back over 170 years, the Choctaw Nation of Oklahoma and Irish communities have a bond many were unaware of until present.

In 1831, Native American tribes were forcibly removed from the Southeastern United States during what became known as the Trail of Tears to areas designated as “Indian Territory.” In the years that followed, the tribes were afflicted with severe disease and starvation that took thousands of lives.

Years later during a tribal meeting, they heard of Irish families experiencing hardship during Ireland’s Potato Famine. Despite their own hardship, the tribe pooled their resources together totaling $170 at the time, and sent it to their Irish brother and sisters in their desperate hour of need. This kind gesture has never been forgotten.

Fast-forward to year 2020 when the Native American tribes are being hit by the worst pandemic of our time. To date, there have been 25,000 Irish donors that have given over $870,000 to an online GoFundMe Relief Fund to return the generosity given to them so many years ago.

The fundraiser is operated by Native American volunteers to support families hardest hit during the Coronavius pandemic with food and supplies for families on the Hopi and Navajo reservations in Utah, Arizona and New Mexico.

Larry Mullen, Jr., Irish musician and co-founder of the rock group U2, has joined the wave of solidarity from Ireland for Indigenous Peoples disproportionately impacted by COVID-19 by donating $100,000 to the Navajo & Hopi Families COVID-19 Relief Fund (Relief Fund).

Relief Fund founder Ethel Branch stated, “We feel real kinship with the Irish, who have a shared legacy of colonization, and we are truly grateful for Mr. Mullen’s donation and all donations that have come from our Irish brethren. Go raibh maith agat and ahéhee’! Someday we hope to repay you for these beautiful and meaningful acts of solidarity made during our time of great need.”

Bond with the Irish

Cultured Focus Magazine had the pleasure of speaking with Relief Fund’s communications director Cassandra Begay, who explained that the leadership team is now comprised of 11 Navajo and Hopi indigenous women. Through their strong leadership, the team has raised a total of over $5 million, which is a testament to the power of female leadership, understanding community, and giving back. The team has been able to serve over half of the Navajo nations as far as chapter houses comprising approximately 7300 households, and Hopi villages. See the full interview with Cassandra Begay on Youtube. Bejay said their success comes from grace and having the strength to lean in and help others during difficult times. Their team put the call out, told people what was needed and the people really stepped up. The seeds planted in the past have played a key role and are truly paying off now. The team’s successes speaks to the importance of creating space for people to feel cared for, accepted, and feel that they mean something to the community as a whole, said Begay. People must have purpose and a sense of belonging. This is an important contrast to the division being sown in the country right now.

Native American issues are very invisible and systemic including lack of infrastructure and lack resources. There are only thirteen grocery stores to service 200,000 people on a land mass the size of West Virginia and only handful of hospitals, nurses, and doctors.

Most Americans may reap the benefits of a democratic system and resources, but those same resources don't flow to Native American communities, so there is opportunity for Congress to step up, Begay explained. In the recent economic stimulus package, there was one billion dollars allocated to tribes but this must be split among 500 tribes plus, and it took two months to get the much needed relief dollars. At this point with Coronavirus hitting the Native American population hard, there have been 250 deaths on Navajo nations in just a matter of weeks, with thousands of additional positive Coronavirus cases surpassing New York as being hardest hit. As businesses open back up and tourism resumes, there is added worry that this may adversely impact the Nation American communities. Large numbers of tourist flocking to places like the Grand Canyon and potentially spreading the virus only further puts the community at risk.

There is the potential for things will get worse before it gets better, explained Begay as the leadership team plans long term. So far, the branch under their leadership has produced 18,000 masks, provided soap, Clorox cleaning supplies, and two weeks food supply to communities throughout the nations. The goal is to continue providing the much needed items through the end of the year. Since establishment of the Relief Fund, she has seen improved efficiency in operations and they are able to provide 100,000 pounds of food per week. Initially they did not know anything about providing essential aid during a pandemic, but very quickly by putting their heads together and putting energy into something positive, it showed that one can really make a difference.

Begay explained that the video of George Floyd’s murder was difficult, as with most people, she has never witness murder before and it left her with a heavy heart. She hopes justice will be served for the family. Native Americans know what it’s like to be oppressed and understand the pain. Anger is valid and tribal communities and others should not be without basic human rights, so there is solidarity with the African American community. The group’s founder Ethel Branch will be part of a panel to discuss race and the pandemic. People can join the group on the Facebook page. The panel will be hosted by Harvard law school and anyone can register for event.

Duplicating Their Successful Model We need to get back to what it is to be a human being and our connectedness. The virus is an example of this and what impacts one person can impact others globally. All of us are capable of this and it’s an opportunity to check in within ourselves and determine what we can do to be a positive agent for change. If 11 women can raise millions of dollars, then someone else can do this no matter how much is raised. Begay explained that the Irish helped her community to be seen and heard without any obligation or strings attached. They showed that they are our allies and have our backs. This story between the two Native Americans and Irish communities will continue to be told for generations. It is a testament to using kindness and compassion to make a change, as this will go a long way to make change versus hate and division.

Allies are welcome to donate if they can, or support the cause by sharing the GoFundMe page, as any helpful assistance would be welcomed. The public can help by reading, being informed, better educated and an agent of change with their privilege.

Please visit our website for more information, to donate, and for additional resources including volunteer & support request forms: www.navajohopisolidarity.org