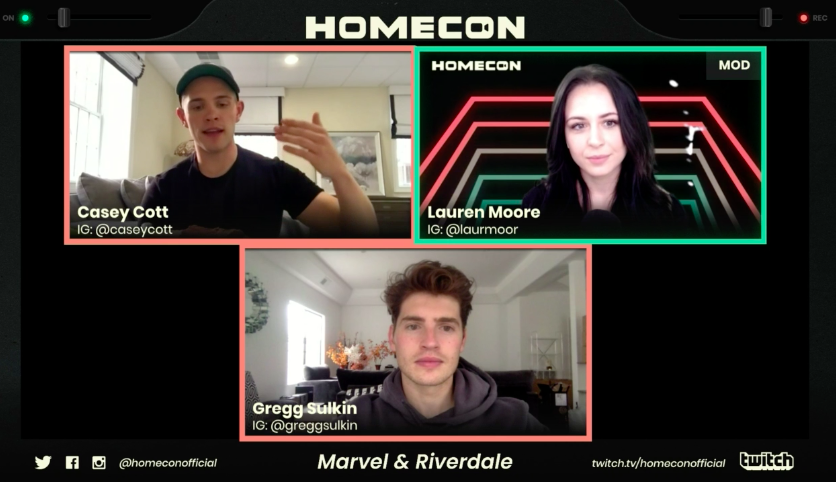 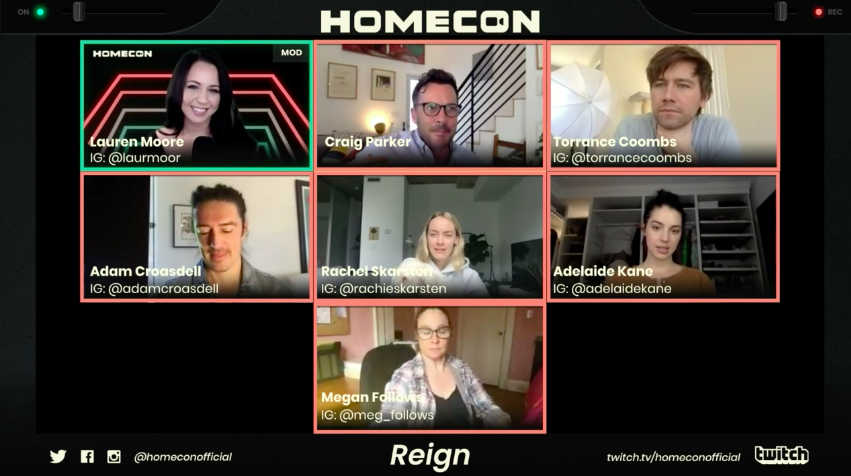 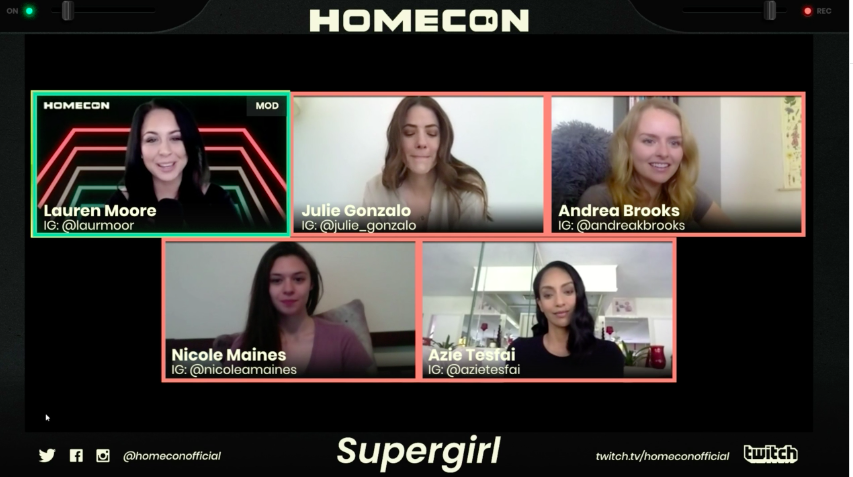 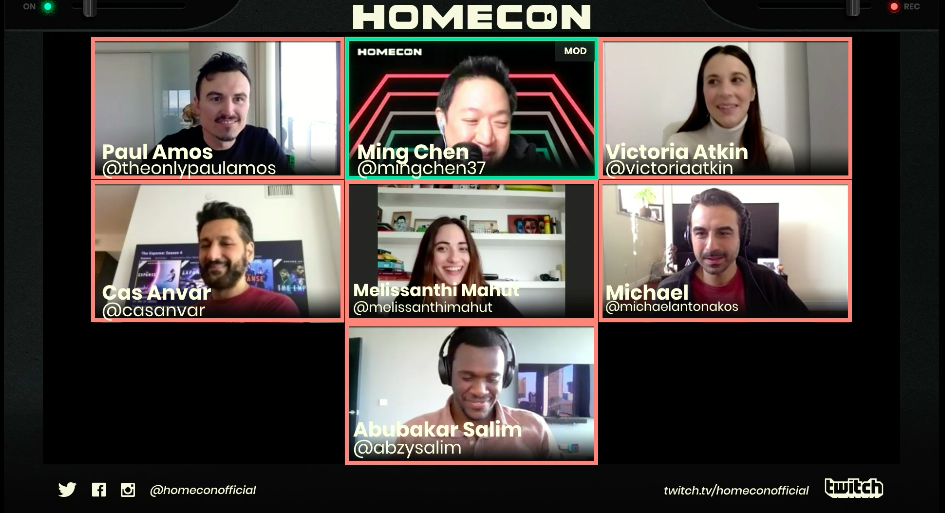 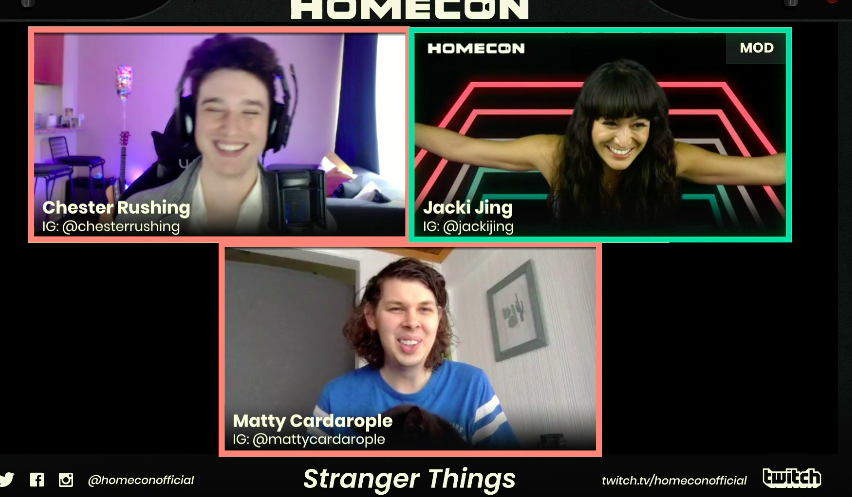 This was an exciting weekend for comic-con fans and celebrities alike. On Friday and Saturday the first virtual fan convention of its kind, Homecon, took place online. Over 40,000 people saw the LIVE stream panels and participated in the chat discussions from all over the world. Actors Paul Amos and Rachel Skarsten came up with the idea and pulled the Homecon convention together in less than two weeks. The event was hosted on Twitch.

“Rachel and I were Facetiming and I said let's do a virtual convention and she said ‘Wow that is genius!’” said Amos. “People worked 18 hours a day to pull it off. It was the most uplifting and life changing experience.”

Fans had the chance to see their favorite celebrities in LIVE one hour long panels, as well as pay for one-on-one video sessions, proceeds from which went to the celebrities’ charity of choice, among which was the First Responders First Fund. Over 40 celebrities took part in the Homecon experience. Panel hosts of the event were Ming Chen, Justin Rojas, Lauren Moore and Jacki Jing.

During the panels the stars shared their work, answered questions from fans about the shows and also their feelings during quarantine remembering what it was like working before COVID-19. Fans were not surprised to find out that a lot of their favourite actors also felt uncertain, sad and lonely cravings to see friends and family in person and hugging them.

“It’s a time of reflection, soul searching, couch surfing and crying, depression, anxiety and at the end of it we have to get on with ourselves and lives. Everyone is going through a lot. We will all fall in the rat but it is how you get out. It makes us grateful for the connections we had in the past that we took for granted. I look forward to giving someone a hug,” said Kris Holden-Reid (Lost Girl).

Anna Silk (Lost Girl) shared how she got a puppy for the first time for her kids and family. “The boys are loving that and are learning how to have a dog as they never had a dog before. It’s been a positive and fun experience. We try to love each other more,” she said.

Zoie Palmer (Lost Girl) shared how she takes care of her mental state. “After reading the news I try to stop myself when I get too far ahead, [thinking] how long will it last, so I work on staying each day as present as possible and physically keeping well,” she said.

Skarsten had to move to Canada to be closer to her mom and during that time she felt a lot of gratitude. “If you have someone who loves you, fresh water and food you are blessed. I had moments of anxiety about the future and [how to] pay for my mortgage, will I ever work again, but I have to remember this time highlights that all we are given is today,” she said.

“This is something that you have to get used to for a bunch of months. I went through some mental preparation beforehand. I thought what can I do for people at this moment,” said Amos.

In that regard Cas Anvar (The Expanse) added that entertainers have to entertain even in times like these and they did their job wonderfully at Homecon.

Matthew Cardarople (Stranger Things) shared how he felt going out to the grocery store with his wife: “It is just a weird vibe going out. We saw a palm tree lose a bunch of leaves in front of us. It was crazy.”

Gregg Sulkin (Marvel’s Runaways) told fans he is doing home workouts and cleaning out his closet donating his clothes. “I hope everyone is staying safe. It is an opportunity for people to become more creative and look at life a little differently. I think people will come out of it a lot stronger and more creative, and know themselves a lot better.” He also encouraged people to clean out their closets and donate to others.

Andrew Howard (Watchmen) is self-isolating in Los Angeles and feels the change when going outside in “Holly-weird.” “Last night we took the dogs for a walk and we walked down to Beverly Boulevard at 5 p.m. on a Friday night in rush hour and it was empty. We walked in the middle of the boulevard and it was like a strange science fiction novel. Beautiful burned sunset but the road was empty and you don’t get that in LA during rush hour.”

Reign actor panelists told fans what they wanted to do after the quarantine was over:

“I want to be with people and go to any restaurant with friends, eat food and have someone else cook a meal,” said Megan Follows.

“I miss the tactility of friends and touching people. It is strange. People being afraid of touch is weird and awful though I understand why. I am excited for when we move beyond that,” said Craig Parker.

“I want to hug my friends and squish their faces. I want to pile all of my friends and lie on them for an hour; crush them with my love. I miss you,” said Adelaide Kane.

“I am looking forward to giving my mother and brother a hug. I haven't been able to see them and it's killing me to be here and not see them,” said Skarsten.

Adam Croasdell said he wants to travel again: “I miss it terribly.”

Towards the end of Homecon, Amos and Skarsten Facetimed with a few first responders in honor of their work. In addition to proceeds going to the First Responders First Fund, they also wanted to send a few of them some Homecon merchandise. For many this was the highlight of the weekend and even quarantine time. For one fan even, who had multiple health conditions and could not be treated properly during quarantine time, Homecon provided hope and inspiration. For another it was a nice distraction during quarantine time.

“We can raise money but there is nothing like having fun and raising warmth in the hearts of people. We are all stuck inside together,” said Amos.

The success of this convention leaves fans excited and wanting more when next month's Homecon 2.0 convention will take place.